Athletic Mindset Off the Field 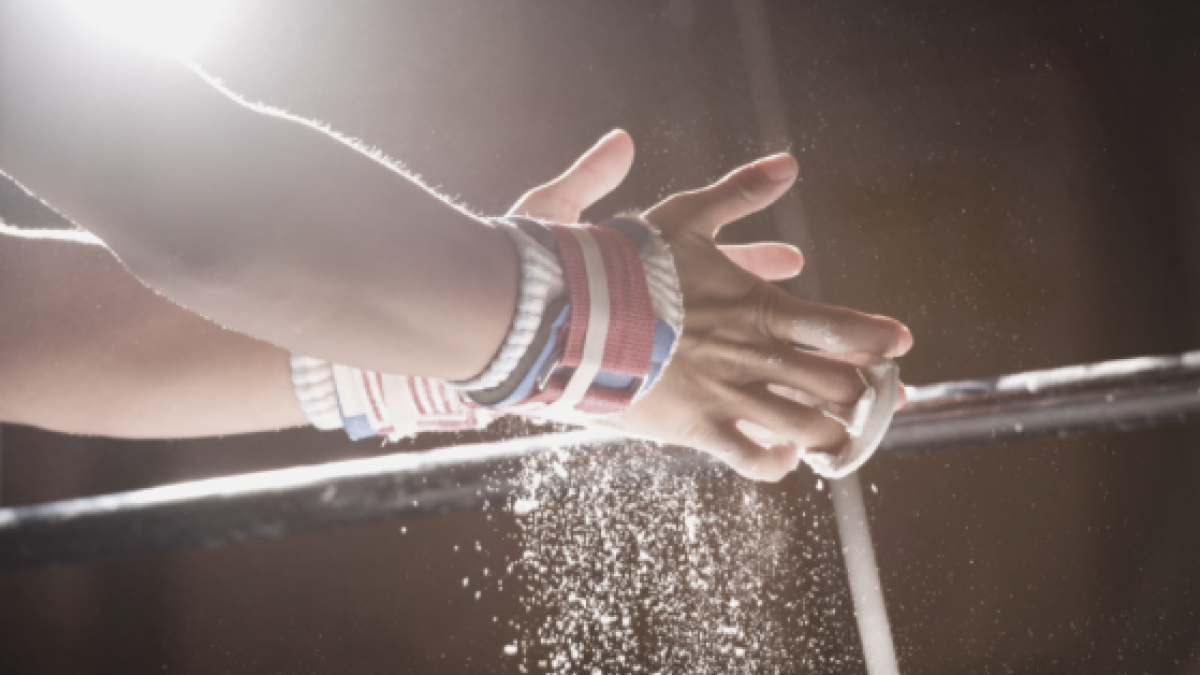 Athletic mindset is a superpower for athletes that helps improve performance. But did you know developing this tool helps with goals outside of sport?

It's a big week for me. This week the Olympics start which brings back a flood of memories regarding my athletic dreams.


You might think that I'm going to ramble on about my missed opportunity, but that's not my story. Instead, I was the girl who dreamed of greatness but missed the mark on that level of talent. That being said, I've always possessed a very strong athletic mindset that continues to push me even as an adult.


I loved watching the Olympics each year. This was really the only time in the 80s when I got to watch gymnastics on TV. None of the other sports mattered. I was a gymnast, and so the Olympics was my time to study the elite and refocus my goals.


Mind you, this often happened between the ages of about 6 through 12.


I would sit on the floor, eyes glued to the screen, watching the moves of the gymnasts. Being a girl of the 80s, Mary Lou got my attention. She was me. I was not a graceful gymnast, but Mary Lou gave me a new in - POWER. I could do power and playfulness. I could be that power tumbler and vaulter with the hopes that my talent there would make up for the lack of performance on beam.


I watched. I took mental notes. And then I practiced.


Right there in the living room while the other countries were competing. I would jump up and start going through my own routines, eventually moving to our playroom which was bigger and where I could map out the amazing new routines that my coaches were sure to fall in love with.


At the gym, there was a new focus. I stepped into my athletic identity of Mary Lou, determines to eke out each flaw and start moving towards the top.


I practiced, I tried to learn new skills, and I was focused on my own athletic goals. The problem was that I didn't seem to be moving in that direction. I've shared my disappointment and journey in gymnastics, and for a young athlete with big goals, not having my Bela cheering me from the sidelines was devastating.


That athletic mindset followed me throughout my life, usually being reignited every four years as the Olympics came around. My interests shifting to diving, then rowing. Even as I got older, I held the tiniest bit of hope that maybe it wasn't too late - maybe I could still be great.


My athletic mindset showed up outside of sports as well.


I've found that I'm quite stubborn when it comes to physical feats. I will sometimes overextend myself in pursuit of a subjective goal that I've set. Hiking farther than I was conditioned to go, resulting in a painful first few days at Disney, hotel nail drainings, and eventually losing those nails.

That dedication to being better has shown up in my personal life, where I've pushed myself through school. I'm not a naturally good student on paper, but I made myself one. I've gone after jobs and entrepreneur ideas, knowing that I would come out on top.


One of my favorite uses of this athletic mindset was during the birth of my son.


I had committed to an unmedicated birth at a birthing center. Things didn't quite go as I had hoped. He was posterior and I proceeded to withstand 27 hours of back labor before he was born. I tore but was strong through that recovery. I was also determined to breastfeed this little guy, despite him not being too interested in what I had to offer. The led to waking up every two hours for the first three months to either nurse or pump. Others might have moved to the bottle, but the unmedicated birth and year of breastfeeding was a personal goal I had set, and no one was going to sway me. I did it - we went about 18 months before we both decided it was time to move on.


What's my point in all of this?


Often we see that spark of talent in our kids, and sometimes they also have that athletic mindset and determination to succeed, purely for the love of the sport. Some of our teens will be successful - they will be star high school athletes, move to college athletes, and a few of them will experience Olympic glory.


Regardless of their path, it's important to teach them how to use that athletic mindset and determination off the field.


When they are struggling in school or in life, bring them back to that superpower to dig deep and make it happen.


One of the main benefits of sports participation is the application of that experience and the skills gained (determination, goal setting, teamwork, communication, dealing with adversity, etc.) in other aspects of their life.


Eventually our Olympic dreams end (or at least are muted), but that doesn't mean that we stop striving for glory. We just shift the focus to another pursuit - often it's one that we have a bit more control over than sports.


When we think of developing a teen athlete, often the is a focus on the present goals and situation, but what we have to remember is that the experience extends into their adult life. That's why it's so important to make sure our young athletes are getting the support they need outside of practice and training. They need to learn how to fuel their bodies for their goals, and how to develop mindset as a superpower. When this is done, not only is there an advantage on the field, court, or arena, but also in their life outside of sport.


Is your teen ready to take it to the next level? Let's get her ready! Take advantage of my limited time
Introduction Private Coaching deal. Find out more: